An Evening of Paranormal Activity Live on Stage!

An Evening of Paranormal Activity Live on Stage!

The worlds of illusion and the supernatural collide! 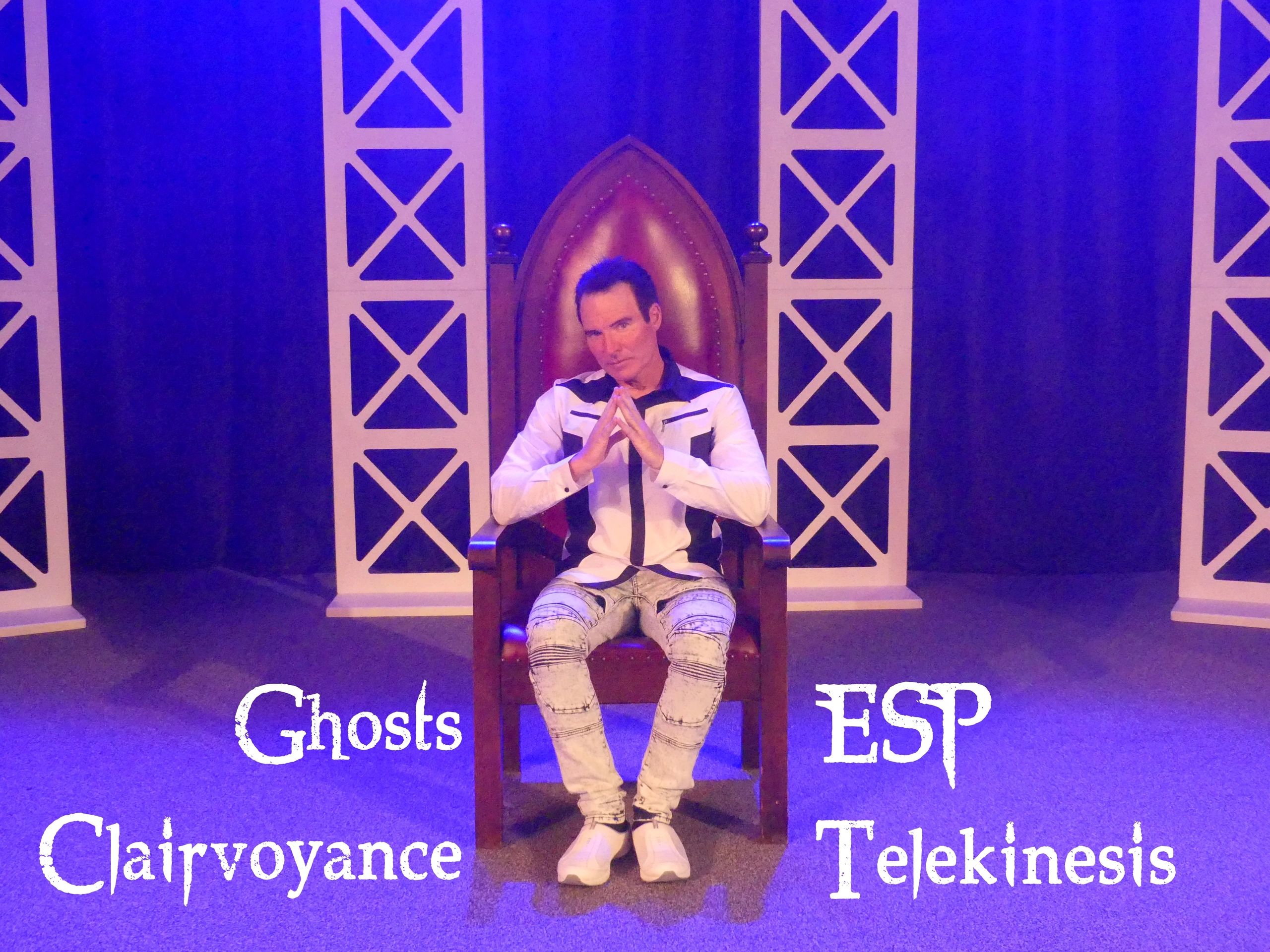 Experience the world of the paranormal up close and personal

Do you believe in the supernatural? After seeing The Paranormalist, you may have no choice but to believe. David Merlin's show has taken him all around the world to perform for thousands of people from every continent. Combining illusions with mysterious unexplained phenomena, David's show is truly unique.

David Merlin performs all types of illusions, from the grandest stage pieces to more intimate magic. Every show involves the audience in every way possible, using both comedy and illusions, making them a part of the experience.

With clients including corporate groups, cruise lines, and high-profile celebrities, David Merlin's high-energy interactive entertainment is sure to bring — not just fun — but professionalism and experience to your event. When Universal Studios Hollywood wanted to present their idea of a Harry Potter themed attraction, they contacted David to design the presentation.

David's paranormal show will make you question what is real and what is illusion. Carefully crafted over a number of years, David's show is truly unique among the "cookie cutter" magic shows you may have seen in the past.

"Your levitation is the best I've ever seen!"

"You read my mind! How did you do that?"

"How is this possible? You're amazing!"

Enter the World of the Paranormalist

David Merlin has been seen on America's Got Talent, Comedy Central, Universal Studios, Late Night with David Letterman, and countless others. David has performed for corporate events, cruise lines, fund raisers, and television shows worldwide. He has spent decades honing his craft to become one of the best illusionists in the country. David's new show concentrates on the world of the paranormal, and those things that cannot be explained.

He combines grand scale illusion, audience participation, comedy magic, and a few spooky effects into one complete package to deliver his audience the ultimate entertainment experience.


David has designed magic and special effects for some of the worlds top magicians. He is able to create and perform any custom illusion that you can possibly imagine for your next special event!


Just over a decade ago, at Universal Studios Hollywood, David was asked to create illusions and special effects for an important presentation to help producers pitch the idea of a "Harry Potter" theme park attraction to Steven Spielberg, Universal, and Warner Brothers. Many years later that presentation became reality as "The Wizarding World of Harry Potter" in Orlando, Florida and Hollywood, California.

A Curiosity of the Unexplained

After years of stage illusions, David developed an interest in the supernatural after seeing "The Conjuring". This made him seek out Tony Spera, the son-in-law of the famous paranormal investigators Ed and Lorraine Warren, whose story was featured in the film. In 2019, David visited his friend Tony at the world-famous Warren's Occult Museum. There, David came face-to-face with the world's most famous haunted doll, Annabelle, and a life-long passion for the paranormal was born.

Check out this great video of David performing his astonishing illusion "Cutting" from his new show!

Do you have questions about what I can do for your event? Are you interested in collaborating on a project? Send me a message, and I will get back to you soon.